Social media clauses are now a part of prenuptial agreements. 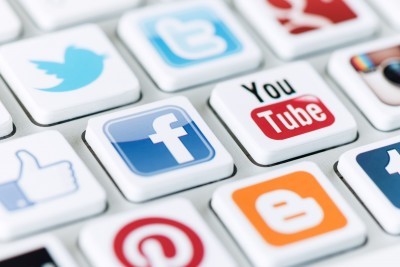 Attorneys report that there is an increase in the number of clients that request prenuptial agreements that contain language addressing usage of social media by both spouses during the impending marriage. Such usage includes the posting and displaying of photographs, videos, and even verbal content. Using a “prenup” in this manner is wise for a variety of reasons, including protecting the reputation of both spouses and preserving important spousal assets like income and wages.

Spouses are especially conscious of their privacy rights in an age when social media is an enormous part of everyday life. Not only is social media prevalent but the technology available to access and utilize it makes publication instantaneous as any image or video may be displayed moments after its origin. Cell-phones, iPads, and the like are portable and have the capacity to easily and immediately capture photographs and video.

Any act intended by spousal participants to be private is now instantaneously accessible on the internet to millions of people should an uninvited or unexpected amateur paparazzi wander into the vicinity.

Moments later, the fruit of indiscretion may be displayed on Facebook, Twitter, etc., exposing potentially harmful and damaging personal, private acts to a vast limitless audience across the internet.

Not only are spouses concerned about visual media like photographs and videos that are potentially damaging, some spouses also want to limit what the other spouse verbally says or posts on social media. Spouses want to protect their interest in limiting the written disclosure of personal information about things like family members, employment, and other certain private matters on social media.

Prenuptial or premarital agreements are useful in an age when little or no basic privacy exists in public or even some private places. A prenuptial agreement permits spouses to plan, predict and determine with greater certainty the division of marital assets upon the occurrence of certain defined events. This may also include how marital debts are discharged after the marriage and how the spouses treat children from prior marriages. §321 of Title 13 of the Delaware Code defines a prenuptial or premarital agreement as an “agreement between prospective spouses made in contemplation of marriage, and which is effective upon marriage.”

A “prenup” is enforceable without consideration and parties to such an agreement may contract with respect to matters including, but not limited to, the acquisition, use, transfer, and lease of property upon separation, marital dissolution, death, or the occurrence or nonoccurrence of any other event. It may also provide for the modification or elimination of spousal support or alimony. Parties may also contract with respect to “any other matter, including their personal rights and obligations, not in violation of public policy or a statute imposing a criminal penalty.”

Thus, spouses may contract as to any other matter not against public policy, including personal rights, which would include social media use and protecting the right of privacy. The definition of property which premarital agreements may address under §322 includes income and wages. Because spouses want to protect their own employment as well as that of their spouse, they may use a prenuptial agreement to limit social media use and therefore the posting or display of anything written or visual that would jeopardize this important asset of the marriage.

In addition to the loss of employment or damage to reputation, if the parties later choose to divorce, issues may exist related to support, both child and spousal, and custody of any minor children of the parties. Pictures and video on display for all to see on a spouse’s particular social media page during the marriage can be a valuable resource for corroborating the behavior and actions of a party, and can provide relevant evidence admissible in court. Limiting this use during the marriage may be wise in the circumstance where the marriage fails.

If you are contemplating marriage or are getting married in the future and have any questions about prenuptial agreements, call The Castro Firm, Inc. today at 302.225.5700 to schedule a consultation.